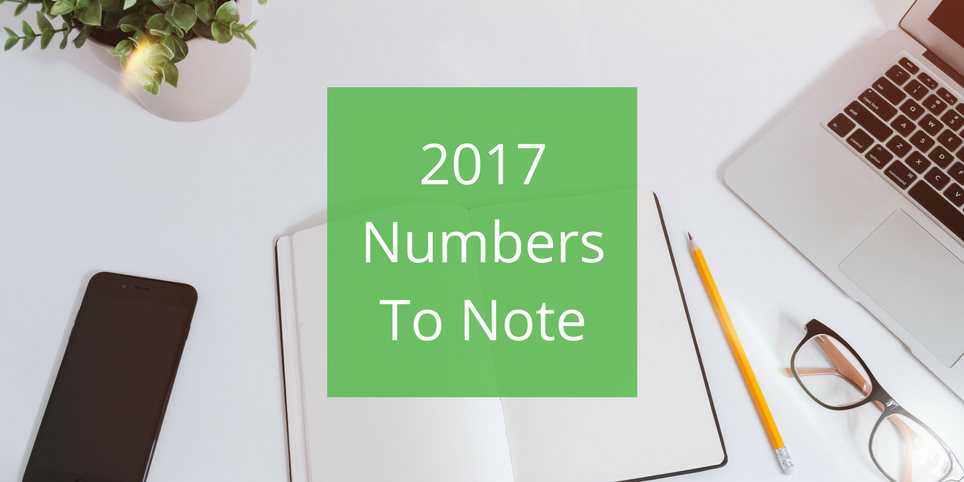 The 31 Stats, Facts and Insights You Should Remember Going Into 2018

Well, 2017 is now behind us and 2018 is just beginning. Last year was a crazy year by most standards but there are a lot of learnings, surveys and stats that we, as marketers, advertisers and those in the public relations field, can learn from and apply in 2018.

1) Facebook and Google expect to grab more than 60% of digital advertising spend in 2017.

4) 78% of users in a recent survey reported seeing ads they recognized as being specifically shown or tailored to them and 64% agree they prefer ads that are relevantto them.

5) “[R]esearch showedthat views under 2 seconds drove 52 percent of the sales lift measured from campaigns that were suited.”

8) Cord-cuttersare ending their cable packages at the fastest rate yet, with 9% of people in 2017 saying they are planning on cancelling their service in the next year.

10) 85% of cord cuttersreport cost being the major factor.

13) “A survey of almost 5,000 students, mainly aged between 14 and 16, found a growing backlash against social media– with even more pupils (71%) admitting to taking digital detoxes to escape it.”

14) 47% of U.S. teens prefer Snapchatto other forms of social media.

16) Facebook is leading social networks in “last-click social commerce” with more than 47% of respondents reporting that their most recent purchase was made from the platform.

17)More people are getting newson social media networks, with every network showing an increase over the previous year.

18) 66% of C-Suite Executivesare using social media for professional purposes with 70% of those posting original content at least on a weekly basis.

20) Facebook food videosare seeing their video views on the decline overall. However, “[t]hrough the first eight months of 2017, Facebook views of food videos with at least 100,000 views are up 43 percent year over year, according to Tubular data. Recipe videos still deliver a lot of impressions, but the sheer supply of publishers offering to shoot branded-content videos has given advertisers leverage.”

21) Co-viewing a videoor an ad about a product leads to conversations and can change someone’s opinion about that product. (https://www.emarketer.com/Article/What-Happens-After-Video-View/1016752)

22) 70% of marketers believe videos converts betterthan other types of content.

23) 60% of American are watching movies and shows in public, with 37% of users surveyed admitting to binging at work.

26) “[A]s page load time goes from one second to seven seconds, the probability of a mobile site visitor bouncing increases 113%.”

28) Most reddit users don’t read the articlebefore they upvote/downvote. In fact, “73% of posts were rated… without first viewing the content.”

29) U.S. adults are spending HALF their dayconsuming media (12 hours and 1 minute to be exact).

31) Longer headlinesare better when it comes to branded headlines.